How hybrid working turned top-down hierarchies on their head 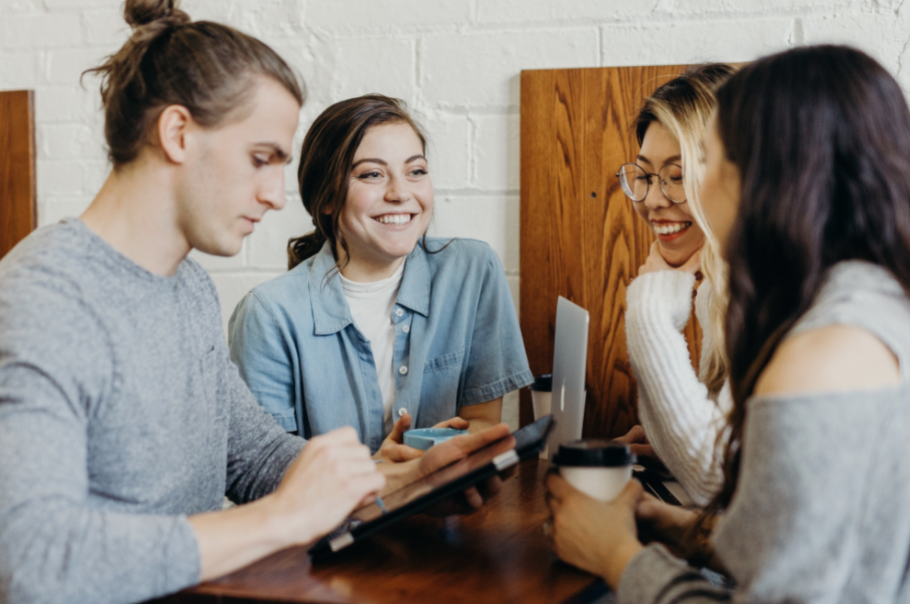 In a post pandemic market, where the feasibility of remote and hybrid working has been powerfully demonstrated, employees are increasingly demanding new styles of work. Those demands are centred on one buzzword - flexibility.

In fact, 53% of all employees in Glassdoor’s 2021 employee survey said that flexible working was the most important work-based benefit. HR consultants across white-collar sectors are struggling to fill vacancies, as most candidates only want to move to organisations that offer hybrid working. The numbers from Hays Summer 2021 Recruitment Trends Analysis back this up; while 44% of professionals expect to move jobs in the next 6 months, over half of employers complain that competition over skilled talent is their major obstacle for successful recruitment. Given this competition over increasingly mobile talent, individuals are better placed than ever to demand hybrid working.
Emma Stewart, Timewise’s Director of Development highlights that employees are still expected to request hybrid working, though it is not yet standard across most industries. The gap between employee’s expectations and organisations’ policies was underlined in research by the Chartered Management Institute. It found that only half of UK managers surveyed had a formal consultation with staff over plans to return to the office. This fundamental misalignment is likely only to grow in the future, with millennial employees much more likely to say they would leave their jobs if unhappy or unfulfilled. This 'job hopping' generation is three times more likely to have changed jobs in the last year and is the most likely to want to switch to hybrid working. Organisations and their leaders will have to start proactively adapting to demand for hybrid working, if they want to attract and retain this talent.

The pandemic has changed the power balance

Yet, millennials are only the canary in the coal mine, as Future Forum’s survey of remote workers during the pandemic, conducted across five countries, shows. It found that 63% of respondents favoured a remote-hybrid model. At the same time, Microsoft’s global survey found that 37% of the workforce felt their company demanded too much from them, given the circumstances of the pandemic. What stands out is that across the board, there is a disconnect between employee demands, organisations’ expectations and understanding on both sides of how the pandemic has changed the power balance. After all, with people given flexible working arrangements reporting 43% higher productivity than those who weren’t, the pandemic has demonstrated where employees’ value lies - and it isn’t exclusively in the office.

Nowhere was this more vividly demonstrated than in the ferocious reaction of the Washington Post’s editorial staff to Washingtonian CEO Cathy Merril's Op-Ed, the original headline of which was: "As a CEO, I want my employees to understand the risks of not returning to work in the office". The day it was published, editorial staff spontaneously promised not to publish, using Twitter to express their frustration. Notably, the tweets demonstrated that the staffers value their work. This was not a protest against returning to the office, but, rather, against having the choice taken away from them. Following this in July, employees from several publications, including the Washington Post, under Cathy Merril as CEO, unionised as the Washingtonian Guild, explicitly citing Merril’s Op-ed as their motivation.

Another high profile case, comes from Wall Street, when bankers criticised the Senior Partners of Goldman Sachs and JP Morgan who demanded that their workers come back full time to the office. Even the Senior Partner of JP Morgan, who accepted that some would be allowed to work part-time remotely, prefaced this as still a temporary measure. However, this only underlines the generational gap in expectations that is emerging across industries. Earlier in the year, in an open letter, first year bankers demanded a working hours cap of 80hrs a week. This is a powerful example of employees willing to sacrifice large pay packets for a better work/life balance. Goldman Sachs and JP Morgan may be able to pay more for their lack of flexibility, but this presents an opportunity for other organisations. For companies that cannot compete at the highest wage bracket, hybrid working offers a cost effective perk that they can utilise to attract the best talent.

Employees are not simply asking for remote working, so that they can skive off - in fact, they are not asking for remote working at all. Employees cite burnout and losing connection with their organisations as challenges to working exclusively remotely. Instead, the conversation that employees want to have with their organisations is having greater choice about how they work; they want a hybrid working model that empowers them to work at their best. There is always going to be competition for the best talent.
After the pandemic, the added challenge is retention of a workforce exhausted by the pandemic that expects to be consulted on changes to working arrangements. With 66% of decision makers surveyed by Microsoft saying that they are already considering how to redesign physical spaces to accommodate new habits of work, organisations will have to adapt or risk being left behind. Hybrid working is not a disadvantage to employers, rather it is an opportunity to gain leverage against other organisations in your search for the best talent