How is the metaverse is influencing the future of work? 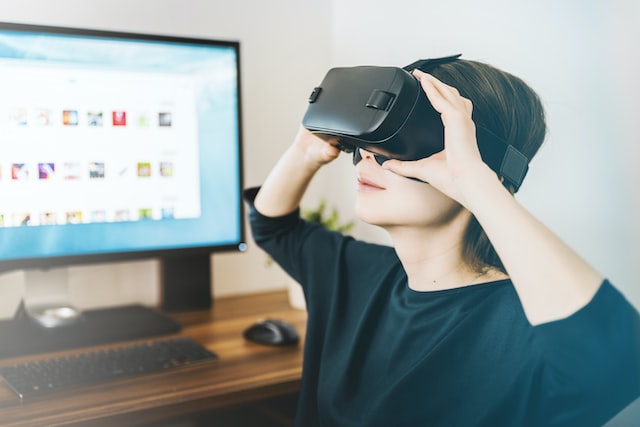 Virtual spaces have risen to the forefront of visions of the future, driven by companies such as Meta and Microsoft.

Workspaces have begun enabling people to embrace new ways of working through existing technologies such as Slack and Zoom which have even found their way into how people live their lives and communicate with distant friends, family, and communities. The metaverse has the potential to transform communication and interaction even further at the workplace… But what actually is the metaverse? The metaverse is the digital interaction which enables interconnected virtual experiences capable of simulating reality and even imagine new worlds beyond it.

In short, the metaverse is really about connection and communication.

Mark Zuckerberg previously spoke about how the metaverse could shape the future of work. In 2021, Meta released Horizon Workrooms – a virtual reality meeting space enabling workers to join via VR, video call or the universally accepted ‘meeting link’. Participants can create avatars to deepen their interaction with other users of the space to carry out brainstorming sessions, make notes or have conversations all while in the physical locations of their choice.

Depending on who you listen to we are at different stages of the development of the metaverse but whichever side you take the concept is far from fully developed and it will not take long for companies to leverage its potential to bring benefits to their production and operations. A solution yet to be seen but highly anticipated is how the progression of the metaverse can help tackle ‘Zoom fatigue’ and the reported challenges of a high level of screen time and reduced mobility during working hours. Augmented Reality (AR) is one of the future-enablers of a more immersive metaverse and as a concept provides promising solutions to these challenges by creating a digital layer over physical reality and reducing the need for physicality – from screens and devices to the need to be desk-based whilst carrying out a task. Now, whilst most examples that you have probably experienced are likely to be through the support of screens (think Pokémon Go and Snapchat filters) this is far from the full potential of what AR has to offer. Instead, think… Digital glasses, projection, or holography.

Every physical aspect of your working life – from paper, pens, and devices to people – can become a layer of reality over your physical environment. This may sound more like a distant fantasy or sci-fi film, but the metaverse and its enabling tools and technologies offer the possibility to blend and immerse virtual realities with our physical world.