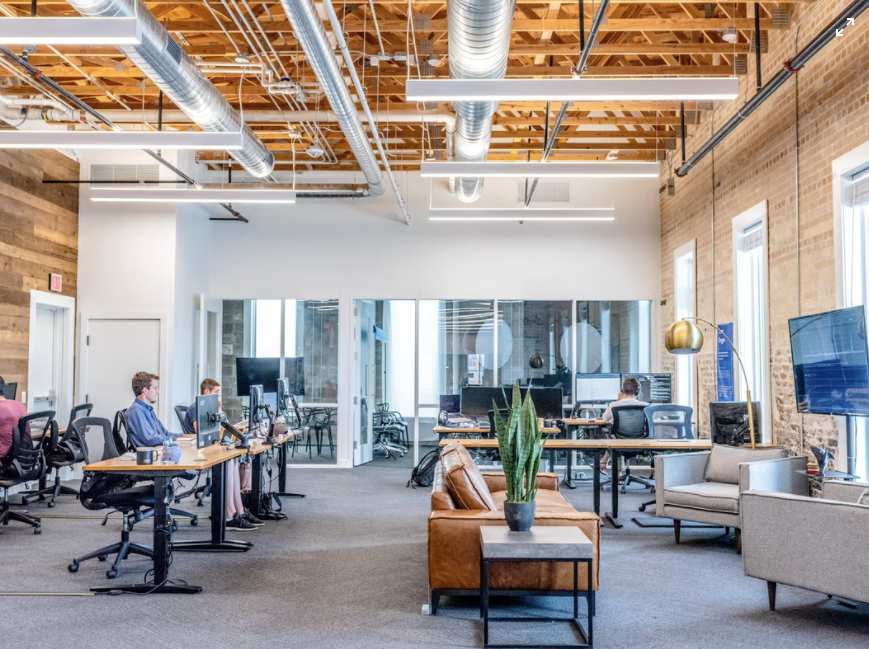 We know we're pretty biased when it comes to flexible working - but for good reason. By it's very nature, there should be no downside to flexible working which can take a diverse range of forms to suit every employee's need.
As we begin to exit the pandemic and re-enter the world of work, albeit rather tentatively, the topic of flexibility has been hotly debated amongst decision makers and employees, with the latter demanding more freedom and the former largely keener to return to 'normal'.

Just take this case that occurred in May of 2021, when writers at the Washingtonian magazine went on strike after CEO Cathy Merrill all-but threatened those who didn't return to the office 9-to-5 with the axe. Staff refused to publish for a day, shutting down company activity, until Merrill retracted her statement and granted them the ability to retain at least some elements of their pandemic-induced working styles.

It's clear that the way we work is changing, regardless of what anyone has to say about it. But what is it about increased flexibility that seems to scare employers? Misconceptions tend to run rife in such conversations. So today, we thought we'd set the record straight, and explain away 3 common flexible working myths.

What is flexible working?

Flexible working isn't a one-size-fits-all structure. Ultimately, it's a way of working that allows employees to blend their work and private lives. Flexible working is a way of giving employees greater freedom over when, where and how they do their job.
This means they can focus on delivering milestones and work objectives rather than being sat at a desk for a set number of hours every day. Here are a couple key terms to keep in mind though...

And this is just the start of it - if you really want to get into the nitty-gritty of flexible terminology, check out our resources page here.

Of course, when done right (and by that we mean when both the employee's needs and employer's requirements are taken into account), the benefits can be spectacular.

So far, the pandemic has only given us a glimpse of a non-traditional working structure, though this can't really be taken as good evidence since choice was completely taken out of the equation. As we emerge back into normal life, we're already beginning to see the positive effects that truly flexible working has to offer.

1) Improved wellbeing
For one, it can improve staff mental wellbeing. We're reaching back into the archives for an oldie-but-goodie stat here. A 2010 survey by Durham University found that flexible working helped to reduce tiredness, improve sleep quality, alertness, blood pressure levels and boost overall mental health.

A more recent study from 2019 backs up those findings, suggesting a long-term trend rather than a fluke. The survey of employees from 115 companies found that 39% of those who were offered flexible schedules reported better mental health. Furthermore, 43% of those who didn't work flexibly felt that having the option would help them manage their wellbeing more effectively.

2) Improved work-life balance
For employees with busy personal schedules, such as parents and carers, the opportunity for flexibility could be life-changing. That same 2019 survey revealed that almost one in seven workers felt that flexible working had improved their work-life balance.

3) Reduced staff turnover
All of these individual benefits add up to create a key bonus for employers - a happy workforce that is likely to stick around for longer. A recent survey by Jabra, shared by City AM, revealed that flexible working ranked as a more important benefit than salary in 3 out of 4 professions surveyed.

It's no wonder then that more than half of Brits would rather quit than be forced back into the office full-time. If firms hope to retain staff in a post-pandemic world, they should allow their employees to retain some autonomy.

Arguably, despite its apparent potential for improved employee productivity and reduced costs associated with hiring and training new employees, flexible working has not seen widespread adoption across all sectors across the world (yet). And this may be because there are still many misconceptions about this way of working. Here are some common myths about flexible working debunked...

Myth 1: flexible employees will take advantage
Worried managers would be forgiven for imagining the worst-case scenario when it comes to flexible working - an employee with their feet up watching Bargain Hunt at home instead of checking over that latest account, or responding to their emails. In actuality, that's rarely the case.

Most employees actually work harder when given more autonomy. Professor Raj Choudhury, Harvard scholar and expert in the field of work, found that there was a 4.4% increase in output when he measured the productivity of US patent office workers who were given the choice of working-from-anywhere. He also expected this rise to translate across industries and job levels, so this case clearly wasn't just a fluke.

Myth 2: flexible employers will be seen as "weak" or "too nice"
Far from employers coming across as "too nice" or "weak" by offering alternative work models, flexible firms can often have more success than their rigid counterparts. Hopin, a video-conferencing tool, was able to grow to be one of Fast Company's Top 100 innovators, all with a Remote First team.

But they didn't stop there - they also offer staff unlimited vacation and the ability to design their own schedules. CEO Johnny Bourfarhat even went as far as to call hybrid working the "secret to [their] success". So, maybe being "nice" is actually the key to a killer business strategy.

Myth 3: flexible work only appeals to parents
While flexible working has historically been requested by parents, carers, or those with other dependents, it could actually help to attract a younger demographic. Younger workers and millennials, who are being increasingly targeted by recruiters and HR teams to rejuvenate older workforces, are more likely to stay loyal to a company offering flexible arrangements than those not.

Part of this reasoning is undoubtedly to do with the ability to save on significant costs, like renting and commuting. The average Brit spends £135,000 travelling to and from work in their lifetime, a sum that could make the world of difference to young people who otherwise might never be able to save such a large amount.

Despite some of these misconceptions surrounding flexible working still persisting, there has been an explosion of companies both big and small adopting the concept over the last decade. And while it's undoubtedly a good thing for workers to have the freedom and flexibility to work when, where and how it suits them there's still a lot of room for improvement in terms of better management practices, workplace culture and technology.

Fortunately, NearU is here to help. We connect employees to flexible desk spaces near them at the touch of a screen, providing a perfect alternative to WFH or the head office. Interested in dabbling with flexible work but not sure where to start? Book a demo with our sales team to see our product for yourself.