The importance of a happy workforce in today's world 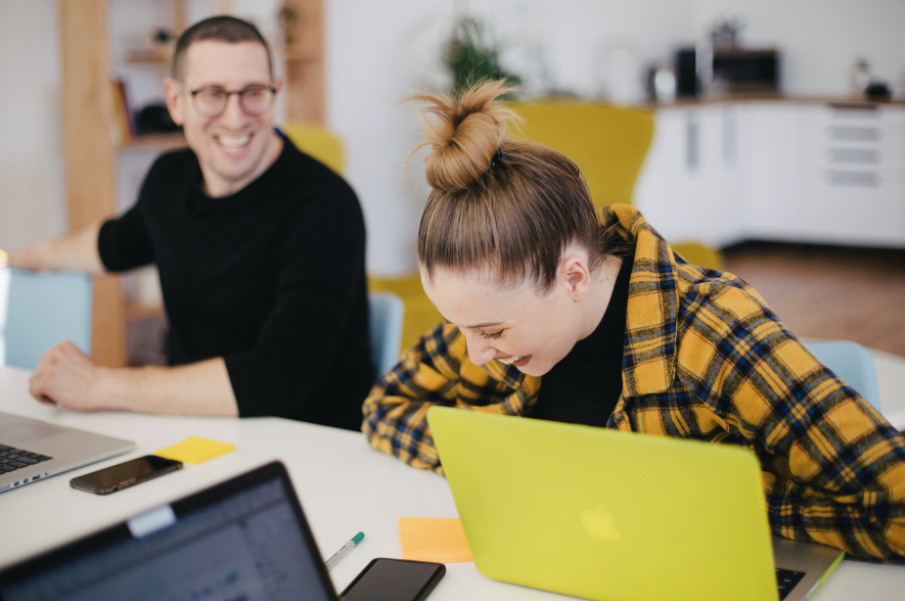 Over the last decade, there has been increasing attention on mental health and the benefits of proactively taking care of ourselves as individuals. Yet, the question remains whether it is important for businesses. Studies are now demonstrating that happier employees are more productive, more creative and more likely to stay in their jobs. All of these effects have quantitative value for organisations, suggesting that investing in your employee’s mental health is not just about being a good employer, but also makes financial sense.

The science behind happiness

Happiness is a tangible phenomenon - there are a specific set of chemicals that need to be present in the brain, in order for us to feel ‘happy’. As an organisation, understanding the science behind this, only makes it easier to achieve.
Firstly, there is dopamine, which is also called the ‘reward molecule’. We get a hit of this every time we achieve a goal, big or small. Anyone who has ever got to the end of their to-do list on a workday knows that a simple tool to keep your dopamine levels high is to set short-term targets for yourself throughout the day. The more outgoing you are, the higher amounts of dopamine that you naturally have (it’s how sales representatives and stock exchange brokers get through the day), but with a little brian training, target setting can be an effective tool for your team.
Colloquially, we all know of serotonin, but this little chemical does more than you might think. When it’s stable, it regulates mood and keeps us feeling calm. It is integral to our digestive function, sleep, bone health, blood clotting ability and more. We can increase serotonin levels by maintaining a healthy diet and sleep schedule, but you can also get a boost of serotonin when in bright light. Spending 10-15 minutes a day in the sun won’t just improve serotonin levels - researchers at Cornell University also found that it improved mood, your focus and even blood pressure. The post-pandemic workplace should thus be designed with natural sunlight in mind - for example, Asana are committing to a complete interior overhaul for their offices.
The final ingredient to happiness is oxytocin, or the bonding chemical. Over the pandemic, remote work teams found it difficult to replicate the dramatic effect that this tiny chemical can have on moods. It’s why including physical interactions in a hybrid workplace are so critical, in order to foster good long-term working relationships and effective collaboration.
While the recipe for happiness is more complicated than these three chemicals alone, the research into each offers clues as to why a happy workforce is important and how organisations can buoy their workforce’s mood. With research underlining the measurable impact of employee happiness, investing in employee welfare is a no-brainer.

But all of these qualitative changes translate into real, quantitative results. According to a study by the University of Warwick, happy employees are 12% more productive. They are also more creative, as Alice Isen’s comparative research has shown, and respond better to challenges in the workplace. On the flipside, unhappy employees are 10% less productive, are more likely to feel Imposter Syndrome and incur 1.5 times more healthcare expenditure (without even factoring in the lost work time and the need for a replacement). Given this, it’s now wonder that happier companies grow faster. When Google invests in providing snack stations in its offices, it might seem frivolous - but that fun company culture has been linked to their success.
But work, by nature, isn’t necessarily something everyone takes joy in - so how can we make sure we’re encouraging employee happiness?

In a 2016 study by BambooHR which surveyed over 1,000 business professionals, employees were asked how often they received positive recognition from their employers. 40% said that they were only given such recognition a few times a year, and as a result, half of those respondents said they were not satisfied with their job.
In contrast, of the employees who said they received daily positive encouragement from their boss, 94% reported being happy at work. This could come in the form of public (e.g. awards or certifications) or private recognition (e.g. direct praise from their employer), promotion, or monetary reward. Moreover, it is key to note that a 2019 Gallup Panel showed that employees felt more engaged across the board when they received meaningful feedback; but for remote and hybrid workers, the impact was even more significant. Those who received weekly feedback were almost 5 times more likely to be engaged and happy in their workplace.
Hybrid working offers employers the opportunity to refocus their reward and recognition strategies. While it will not erase the importance of hours worked, it is likely to reinforce the prevalence of alternative metrics, such as the quality of content produced by a creator, or the number of sales made for a Sales Executive. With almost half of employees starting their day unclear on what their organisation wants them to achieve, this change may not just make employees more satisfied in their role, but also more effective.

Shawn Achor, a psychologist and CEO of GoodThink Inc, may actually have the solution for positive thinking. In a 2012 TED Talk he told the audience that taking 2 minutes to write down 3 things that you were grateful for that day could actually ‘rewire your brain’ after 21 days, allowing you to think more optimistically, more successfully, and thus, more productively.
Encouraging your employees to do the same, or perhaps even making it a policy, would mean that in just a few short weeks your company would reap the rewards of a happy workforce for years to come.
Extending individual gratitude to a company-wide policy through philanthropy is one effective method of encouraging this type of mentality. Sponsoring charity projects not only has a tangible benefit for your community, but also, by involving employees, you can highlight the value of individual contributions, which has a similar effect as providing regular feedback. Indeed, studies have found that corporate philanthropy projects can increase retention by 50%. For example, IBM calculated that it saved $600 million in saved recruitment fees, from a $200 million CSR program.

Even before the pandemic, researchers were already beginning to realise that the key to long-term happiness at work was flexibility. A 2018 survey of 1,500 staff members in the UK conducted by recruitment company, Badenoch and Clark, found that (other than salary) flexible working topped the list when participants were asked what would make them happy at work, with over ⅓ giving this as an answer. This ranked above workplace benefits like gym access, holiday entitlement and career breaks. The benefits to companies of offering flexibility can be substantial, for example EY reported a saving of £15 million per annum from flexible working benefits, seen in retention, wellbeing and performance.
While flexible working remains one of the questions that employees are most uncomfortable asking about in interviews, recruitment firm Hays reports that over half of organisations predict they will be adopting a hybrid work model in the near future. The pandemic has opened us up to new ways of working and some of the biggest brands, from Twitter to Apple, have very publicly announced their plans for flexible working policies, meaning smaller companies are likely to follow suit. With this model of working increasingly popular - and successful - the question organisations need to ask themselves is how long unhappy employees will stay in workplaces that don’t offer flexibility as an option.