The rise of the suburban centre? The impact of hybrid working on cities 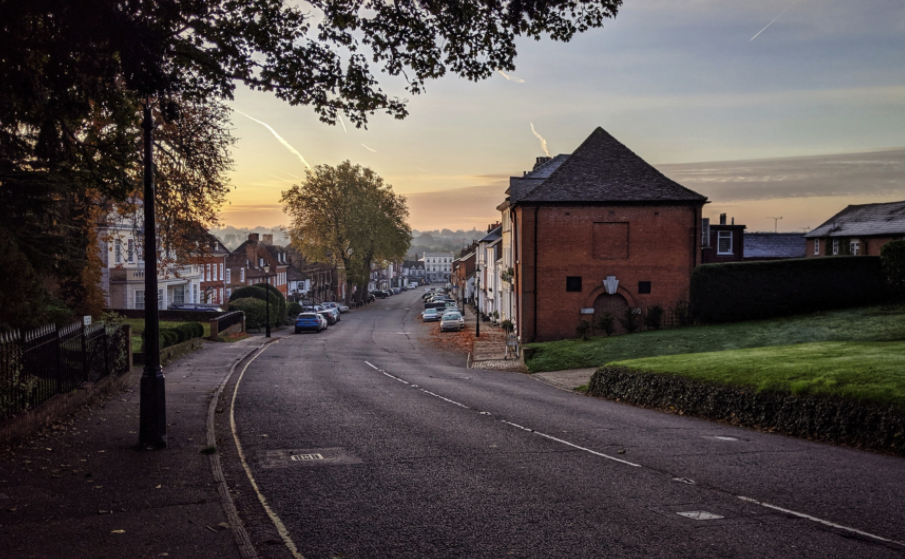 When lockdown hit, it encouraged many of us to rediscover our inner rambler and explore the great outdoors in our local areas. Coupled with remote working and sky-high rent costs, the disadvantages of inner-city living became unavoidable. At the extreme, some people were forced to spend lockdowns in less than 10 square-metres of space, but for everyone, the deficiencies of space, greenery and social interaction were widespread concerns. The resulting dreams of long walks in the countryside led to predictions of mass exodus from city centres after restrictions eased… but is that what we are seeing and how will it affect the modern workplace?

Before we can consider the relationship between hybrid working and urban-to-rural migratory patterns, it is important to set out our terms. As ROBUST, an EU Research Centre underlines, there is no longer a strict dichotomy between urban and rural. There is a spectrum between urban, peri-urban and rural, including suburbs and commuter towns that are key to the developing story of hybrid working. The pandemic accelerated a wider pattern of workers with increasingly digital jobs demanding greater geographic flexibility. From mid-2019 to mid-2020, 101,000 people moved out of London, sustaining the capital’s three-year average. The question is, where were workers moving to?
While the data is not yet available in the UK, the US picture can offer a clue. According to USPS data, 82% of urban centres saw more people moving out than in, during the pandemic. However, the geographic winner was suburban centres, with 91% witnessing more inward than outward migration. Most individuals moved locally, either to near-by smaller, less expensive cities, or to suburbs of their current cities, reflecting pressure from high-cost rents in densely populated metropolises. Not everyone was able to move during the pandemic, with younger people, those without children or and people on higher than average salaries more likely to take the plunge.

We spend an average £135,000 on commuting in our lifetime

Cost is a key part of the explanation for the move out to the suburbs or smaller cities. Take the dreaded commute for example. Not only was avoiding the crammed morning commute on the Tube a major lockdown win, it also brought home to commuters its significant expense. According to TotalJobs, we spend an average £135,000 on commuting in our lifetime, which rises to an eye-watering £197,377 for London commuters. It also costs us 39 days a year in travel time, which could be put to better use elsewhere. With pandemic-enforced remote working, there was a new feasibility of moving out to lower-rent areas, without increasing the time and money spent on travelling to work.
The government’s new flexible train ticketing system, allowing 2 and 3 day-a-week commuters to save money on their season tickets highlights that this shift is here to stay. The tagline for the Williams-Shapps Plan for Rail, #TheFutureIsFlexible reflects the wider pattern that the pandemic has accelerated. Not only are individuals investing their time and money in urban-to-suburban shifts, but top employers are supporting them in doing so. As Hugh Milward, Microsoft’s Head of Corporate, External and Legal Affairs, put it, “I think that the case for flexible working has now been made.”

Every industry will need to find their own balance

A wider city-to-suburb and even city-to-rural shift would require all stakeholders to engage proactively to support the move, including the government, organisations and individuals. For employees wanting to improve their quality of life, or their finances, as well as employers looking to capture talent in a global market, making a convincing argument for hybrid working is critical. That argument has to offer organisations and governments a value-add proposition, beyond personal and financial benefits to employees. It has to affect their bottom-line.
Given the potential advantages available to organisations, the only question left is how to adapt to employee demands for greater flexibility over their location, post-pandemic. As Susan Wachter, co-director of the Penn Institute for Urban Research at the University of Pennsylvania predicts that the outward movement to the suburbs will not only continue, but accelerate over time, organisations have to react now to develop effective hybrid working teams.
Some industries will be able to facilitate a greater geographical spread than others. No one is suggesting that construction workers can live in a different county. Yet, every industry will need to find their own balance, just as local and regional factors will play a part. The move from densely packed central HQs to working on peripheries will strain traditional methods of building company culture. Changing processes and infrastructure will require an initial investment. Leaders will need to push their organisations to embrace change, by demonstrating the benefits. For employees, the benefits of having ownership of how and where they work are evident, for example, women can avoid the dual career trap.
There is no ‘Great Escape’ to the country. Whether workers are crammed in a shoebox in London or in a commuter town, like St Albans, it will not significantly impact their productivity or retention. The real test for organisations is whether they empower their employees to make the choices that are right for them - and reap the benefits of doing so.