4 flexible workspaces you need to visit in Munich 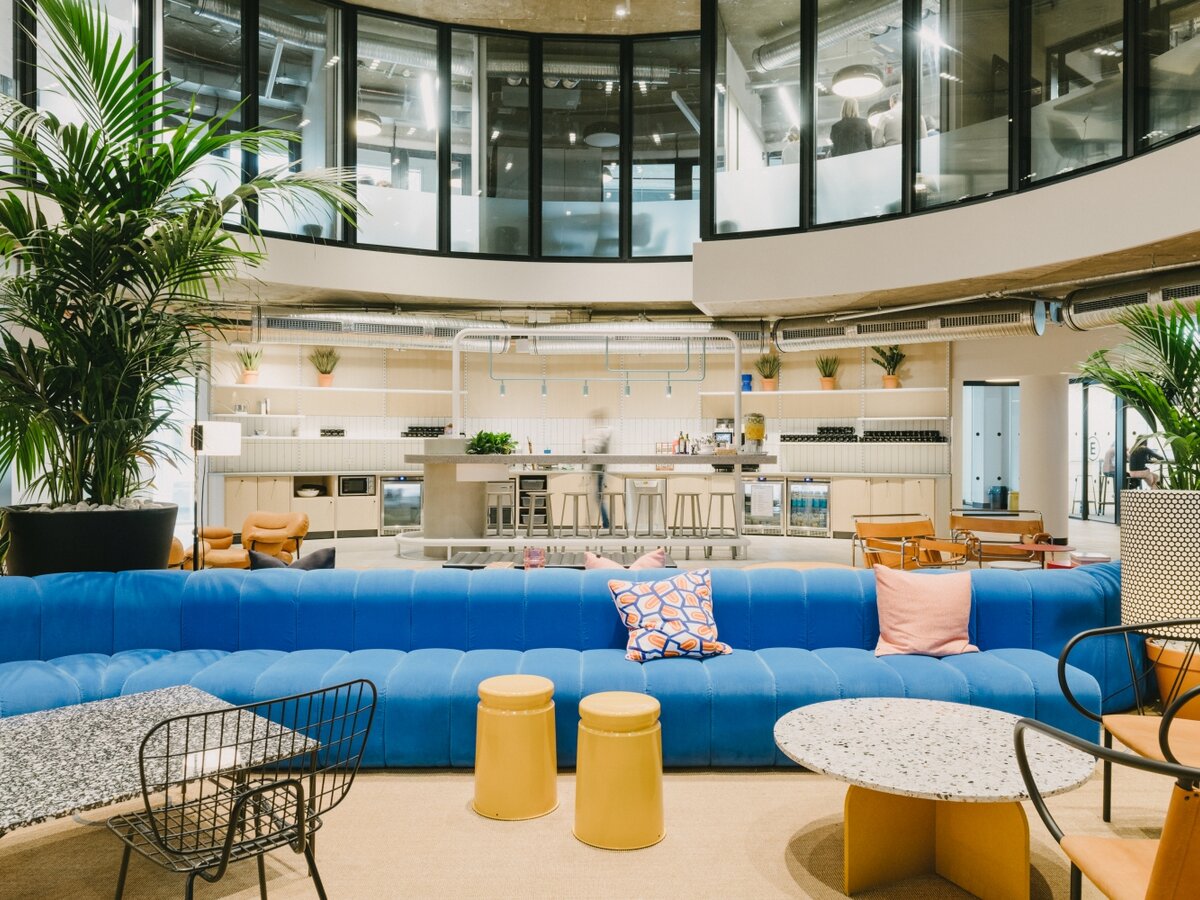 Munich may have more than 60 beer gardens but that doesn't mean they don't know how to knuckle down and work.

Really, we weren't exaggerating that fact. But perhaps it's not surprising considering Germany is most well-known for its love of all things beer and Oktoberfest. In fact, beer is actually considered a food in Bavaria! There are more fun booze-related facts than that though - did you know, during the Thirty Years War, King Gustav of Sweden agreed to leave the city after his forces invaded on the condition that they provide 600,000 barrels of Hofbräuhaus beer!

But you can leave the beer goggles off during the day, as Munich also knows how to deliver when its comes to workspaces. Here are four of our favourite flexible workspaces that you absolutely need to visit next time you're in the city.


For digital entrepreneurs: WERK1 - from €3pp

This is the place to be if you're launching a digital startup. Located in Ramersdorf, WERK1 has been specifically designed with entrepreneurs in mind. Aside from their boundless office space which includes a coworking lounge, a choice of private team offices and an on-site cafe, they also regularly hold individual coaching sessions for budding entrepreneurs. Plus, if you want to go the extra mile you can even join their mentoring programme!

But it's not just a space for startups - they also offer outstanding meeting room and event space, as well as a fully equipped recording studio for anyone looking to produce a podcast, radio show, or edit video.

This bright space just east of the city centre is the perfect place to work if you're in a bit of a slump. Design Offices are one of the best providers in the business so they certainly know what they're doing in terms of office space - in fact, they have offices all over Germany, so you can count on them even if you're travelling outside of Munich!

Alongside their ample coworking space they also have a breakout space for socialising with your fellow coworkers; meeting rooms for those important client calls; and private booths for when you want to get your head down and focus. Plus this might be the perfect space for you if you're looking to forge some greener habits for yourself, as working at Design Offices gives you access to their fleet of bicycles!


For a homely feel: Velvet Space Coworking - from €15pp

Velvet Space is your new home office away from home. Smack bang in the middle of the city in the district of Schönfeldvorstadt, this space has been designed with all the warm comforts you'd expect from a loving home - we especially love their use of neutral colours and bright golds, which combine together to create a bright but relaxing atmosphere. Plus this space will seem even more like home when you visit their tea and coffee making station (all of which is provided free of charge!).

In fact, we highly recommend you grab yourself a cuppa while at work. Drinking a cup of tea has actually been shown to relax the drinker and reduce high levels of stress and anxiety. A psychological study by City University Londoninvestigated two groups' responses following the completion of a difficult mental task. Afterwards, one group was given a glass of water and the other was given a cup of tea - and findings were 'significant', showing that the tea drinkers had much lower stress levels than the non-tea drinkers! Go on, pop the kettle on will you.

Impact Hub does what it says on the tin - it makes an impact. Located in the south-west of the city, near the Sendling district, this community-oriented coworking space aims to connect a network of change makers looking to make a difference in the world. They also have a particular focus on supporting social startups through difficult incubation and acceleration periods, so this is definitely the spot for you if you're trying to get your social enterprise off the ground.

But regardless of whether you're a solopreneur or part of a large corporate team, Impact Hub will be happy to host you! We love the industrial coworking space they have on offer with plenty of exposed concrete and metal piping - plus their private meeting rooms are fully equipped with white boards to ease team collaboration.

Like the look of these spaces? You can book into them instantly with NearU - simply download our app from the App Storeor Google Play and search, book, work. Looking for another workspace in Germany? Check out our workspace guide to Berlin.